The Wrong and Right Way To Deal With A Toddler Tantrum

Dealing with a toddler tantrum is no-one’s piece of cake, but it seems to come with the territory if you are living with little people. If your toddler has never thrown a tantrum, he is the exception, not the rule—and you shouldn’t be surprised if one day, out of the blue, you see tantrum behavior you’d never have thought your sweet loving baby capable of.

Why Do Toddlers Have Tantrums

There are a number of reasons why toddlers have tantrums. In general, it is because they are dealing with a host of new feelings, new wants and desires, and they don’t yet know the rules or have the self-restrain to behave appropriately.  It’s usually the result of frustration rather than meaningfully manipulative behavior—unless you’ve given in to a tantrum one time too many, in which case they can easily be added to the list of ‘ways to make mommy and daddy mind’. 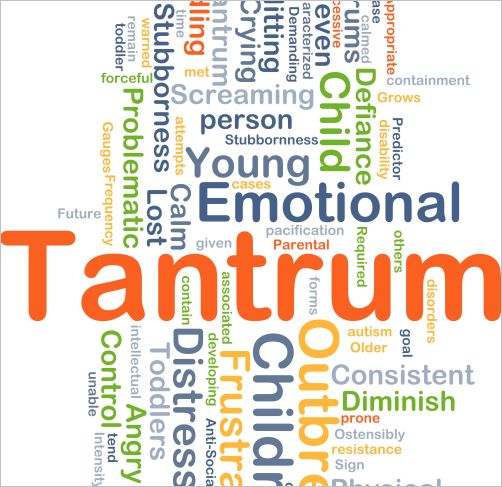 Dealing With a Toddler Tantrum

When your toddler has a tantrum, there are some things you shouldn’t do. Don’t:

• Fall all over your child, act paranoid, and beg him to be quiet

• Shout at him and ‘tantrum’ back

Instead, you need to stay calm, quiet, disapproving and firm; and at the same time gently loving.  If you find yourself getting too angry during a tantrum, leave your child in a safe place and step out of the room a minute to get your cool back.

• Gently remind your toddler this is not the way to get what he wants, but don’t expect an immediate positive response.

• Wait peacefully for the storm to pass

• If he’s not too wild, you can hold him in your arms.

When the tantrum is over your child may feel shaky, scared and overwhelmed by his own emotions. This is the time it’s especially important to be there for him. Pick him up. Tell him you understand he was angry, and that it’s okay to be angry, but it’s not okay to behave that way. Explain that you can’t get what he wants because he screamed for it, but that if next time he tries asking nicely he might get what he wants. Remind your child that though you hate that kind of behavior, you love him and will still love him no matter what he does.

There’s no sure-fire way of avoiding a tantrum every single time, but you can make them a whole lot less frequent by keeping your child well-rested, well-fed, and unstressed. Tantrums are most likely to happen if your child is overly tired or is hungry and overdue for a meal.

Some children have a very difficult time with change in routine, and will act out their insecurity with temper tantrums. If this is the case with your toddler, you’ll want to make a schedule and routine you can follow, and stick with it whenever possible. 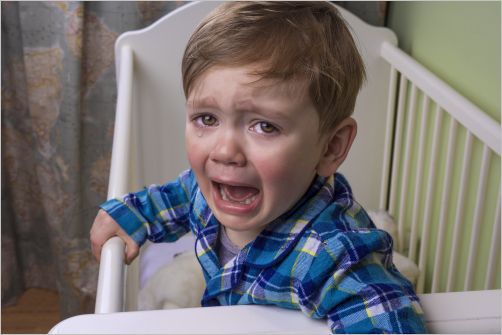 If your child tends to stress out, act up or throw a fit when you change activities, work on ways to make transitions smoother. Give your child a warning when something he particularly likes is almost over, and include a definite leaving-time. “Okay, you’ve got three minutes more in the bath now—look, I’ll put the clock here, and when it beeps, you’re out.” Or, when you’re at the playground “It’s just about time to go home now- you can slide twice more.”

Keeping your child’s love-tank full with lots of praise and words and affirmation is also a wonderful way of avoiding a toddler tantrum. When your child feels that you are proud of him and the way he behaves he is less likely to want to loose that approbation.

Remember, your child won’t be two forever! This storm will pass. Just make sure you help your toddler get the tools he needs for responsible, even-keeled adulthood.